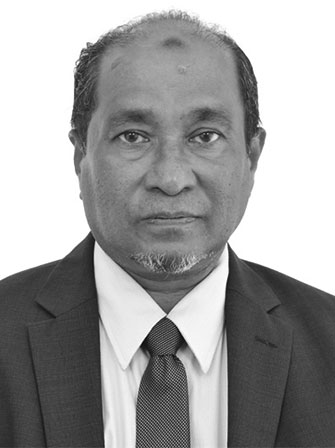 Mr. Abdullahi Majeed was appointed State Minister of Energy and Environment in March 2012, having previously served in the same capacity between 1996 and 2008. Prior to that, Mr. Majeed served at the Department of Meteorology, which he joined in 1973.

His portfolio focuses on climate change and he is been participating in international fora and conferences as part of the Maldivian delegation since 1980 – including the plenary sessions of the Intergovernmental Panel on Climate Change (IPCC) and sessions of the United Nations Framework Convention on Climate Change (UNFCCC). In 2007, the IPCC awarded Mr. Majeed a Certificate of Contribution to its 2007 Nobel Peace Prize. He is an advocate of the special vulnerabilities affecting small islands developing states. He has also served as senior advisor on hydro-meteorological, environmental, and early warning issues at UN Secretariat for International Strategy for Disaster Reduction (ISDR) in Geneva between 2000 and 2003.

A meteorology expert, he holds a Master of Science (M.Sc) degree in Meteorology from the University of Somerset, United Kingdom, and has authored various publications on the subject.

He is married with three children.