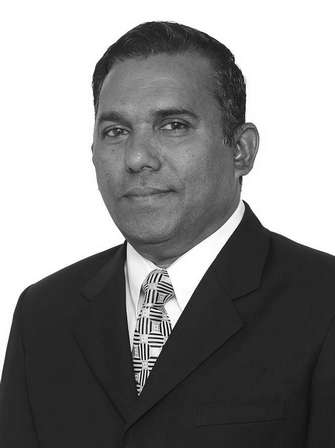 Mr. Ahmed Mujthaba was appointed as the Minister of State for Environment on 29th December 2018. He has been entrusted with handling of sectoral policy co-ordination and monitoring of the services related to Water and Sanitation, as well as planning and implementation of Government Investment Programs in the area of safe Water and Sewerage.

Mr. Ahmed Mujthaba has specialized in the area of governance and the national development. He graduated in Public Administration (INTAN/Malaysia & SLIDA/Sri Lanka 1986-1989) and has completed Post-Graduate studies in Development Policy and Planning at University of Wales, UK (1991/1992). He holds Master’s Degree in Development Management, from the Indian Institute of Management- Ahmedabad (IIM-A). He was awarded the title of Professional Membership with Fellow Certified Professional Manager (FCPM) in March, 2012.

Before joining politics, Mr. Ahmed Mujthaba has worked at executive level in various government agencies for more than 25 years. This includes, Department of Telecommunication, Maldives Ports Authority, Maldives Center for Management and Administration (MCMA)/ Ministry of Planning, and Department of Penitentiary & Rehabilitation.

He joined politics in 2006 and since then has filled a number of key positions, including the member of Policy Committee (2007 to 2012) and the party President for the South Central Province of the Maldivian Democratic Party (2009 – to-date), State Minister of Home Affairs (2008 to 2010) and State Minister at Ministry of Economic Development (2011 to 2012).

Additionally, Mr. Ahmed Mujthaba has been the elected member of the Governing Board of Commonwealth Local Government Forum (2009 to 2012). He has also gained experience of the UN System in the Maldives. He was the UNDP Consultant in the area of Decentralization and Civil Society Development at different times.